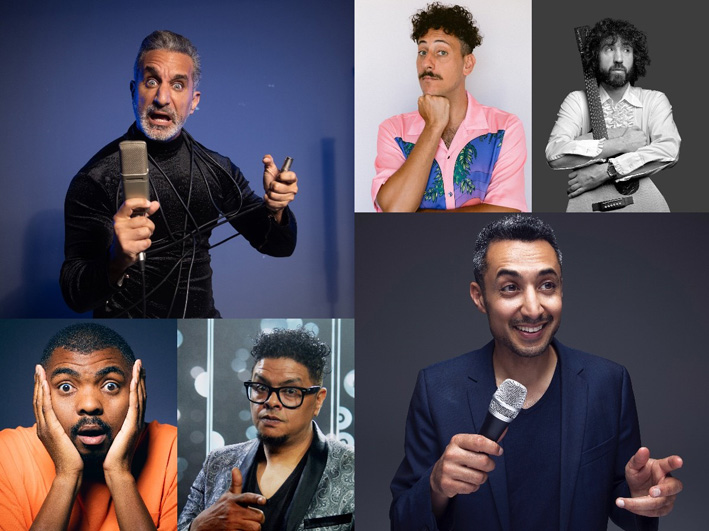 Dubai Comedy Festival, the 11-day extravaganza, which takes place from 12th to 22nd of May reveals the remaining acts in its LOL-loaded line-up

Dubai, UAE (April 2022): Dubai Comedy Festival has revealed the remaining headliners for this year’s star-studded program. Jam-packed with international stars, fan favourites and local legends, the laugh-a-minute line-up will delight audiences in The Agenda, Coca-Cola Arena, The Theater Mall of the Emirates and more from May 12-22.

Produced by BRAG, Live Nation, and DXB Live and presented by Dubai Calendar, an initiative of Dubai’s Department of Economy and Tourism, Dubai Comedy Festival is rolling out the red carpet for illustrious acts that will bring a world of laughs.

The remaining acts announced today will visit the UAE from Egypt, Lebanon, South Africa, Palestine, Kuwait, United Kingdom, and Jordan, bringing with them side-splitting stand-up shows that will resonate with the city’s international population and its visitors.

May 21st at The Agenda (English language show)

Former heart surgeon, Bassem Youssef quit his day job to become a stand-up comedian. Today, he’s hailed as the Egyptian Jon Stewart, and his brand of clever and controversial comedy has tickled audiences from New York City to Dubai.

Age Policy: Entry for adults 18 years of age and above

Guess who’s back? The first underground stand-up comedy platform in Lebanon is back in town, featuring the great Shaden Fakih, Chaker Bou Abdalla, and Nour Hajjar. Bringing their strong opinions and Lebanese-centric jokes, this is bound to be an Arabic show to remember!

May 17th at The Theater MOE (Arabic language show)

Arabic speakers: don’t miss the chance to laugh in your native tongue and celebrate Egyptian comedian at its best! This Arabic showcase features Egyptian comedians, Alaa El Sheikh, Noha Kato, and Mohamed Helmy! Get ready to roll into the aisles laughing.

Adding more to the list of Arabic showcases here’s your chance to keep the laughs going as three amazing comedians from the region – Adi Khalifa, Ahmad Alshammari, and Eman Khallouf make their appearance right after the first show. Whether you connect with Palestinian, Kuwaiti, or Jordanian humor, this show has what you need!

May 15th at The Agenda (English language show)

This trio of comedians from South Africa will have audiences hooting and howling at their hilarious brand of comedy. Hosted by home-grown talent, Abz Ali, the powerhouse performance will wrap with an exclusive cut of New Material – eight years after Riaad Moosa’s original movie Material was released.

Award-winning South African comedian Loyiso Gola released Unlearning – the first African Netflix stand-up special – in 2021 and will appear at the Coca-Cola Arena in Dubai for the first time this year.

Micky P. Kerr tickled the funny-bone of a nation as a Britain’s Got Talent finalist in 2018, and has since charmed international audiences with his unique musical comedy act. Fusing droll ditties with jovial jokes, this act is one to watch.