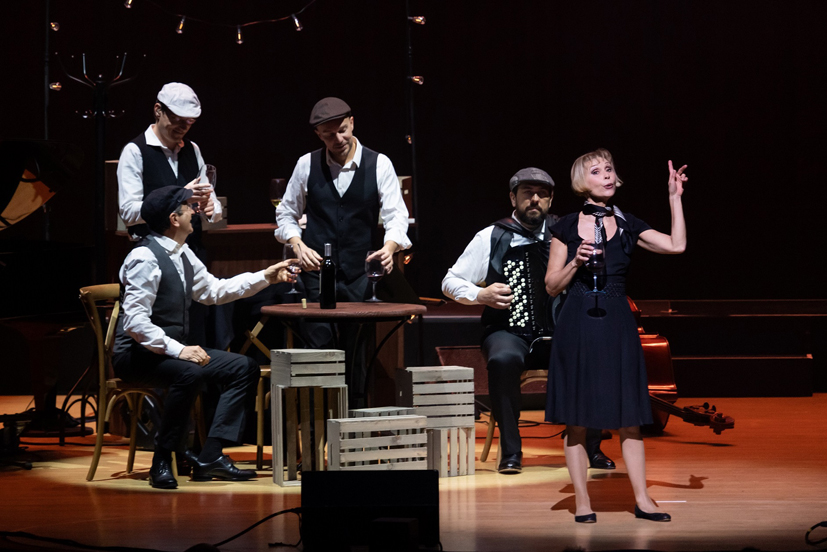 The legendary Édith Piaf will be brought to life once again in PIAF! Le Spectacle during a special performance paying tribute to the icon on the 60th anniversary of her passing

United Arab Emirates, Dubai – September 2022 – Broadway Entertainment Group has announced that ‘PIAF! Le Spectacle’ which celebrates the life of the iconic singer and performer Édith Piaf will return to Dubai Opera on 22 October 2022 for two performances only of the global smash hit show which has toured more than 50 cities including Paris, London and New York.

The role of Édith Piaf is performed by Nathalie Lermitte, a much-acclaimed French musical artist and actress who joined Piaf! Le Spectacle in 2018 and has performed within musical theatre for more than 30 years with roles in ‘Starmania’ and ‘The Little Match Girl’ as well as regular slots on broadcast programmes across France.

‘PIAF! Le Spectacle’ first debuted in 2015 in France on the centennial anniversary of the Edith Piaf’s birth. It has since played across the world with more than 400 performances in more than 50 countries and has been seen by more than a million people.

October 2022 marks 60 years since the passing of France’s national chanteuse, who has remained one of the country’s most widely known international stars whose music has crossed borders, cultures and languages to touch millions with her distinctive lyrical voice. This special performance pays tribute to the icon on the 60th anniversary of her passing and marks almost four years since the show’s sell-out debut in the Middle East at Dubai Opera in February 2019.

Liz Koops, Chief Executive Officer of Broadway Entertainment Group, said: “We are thrilled to bring PIAF! Le Spectacle once again to Dubai Opera and share the spellbinding story of Édith Piaf during the 60th anniversary tour of the iconic performer’s passing. We look toward yet another unforgettable performance bringing to life France’s national chanteuse. Appealing to culture vultures, musical minds, Francophiles and everyone in between, PIAF! Le Spectacle is a theatrical spectacular and missing it will only be regretted”.

Tickets will be available for sale on www.dubaiopera.com from 8 September 2022